Actress Melissa George is a modern day Grace Kelly with her timeless beauty and elegance. 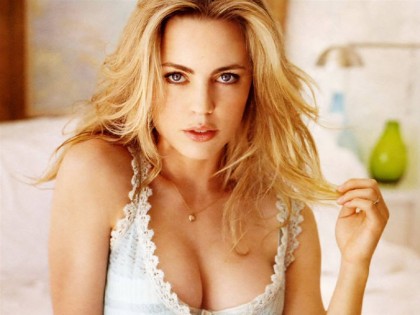 Melissa starred in the NBC medical series “Heartbeat” as the fearless heart surgeon, Dr. Alexandra Panttiere as well as in NBC’s “The Slap” as Rosie, the liberal and incredibly protective mother of a young, unruly child. This was a very familiar role for George as she also starred in the original, critically acclaimed Australian version which garnered her numerous awards for her performance. She was also Golden Globe nominated for her portrayal of Laura in HBO’s series “In Treatment.”

George has also starred in the British comedy “Swinging with the Finkels” opposite Martin Freeman. Her film “A Lonely Place to Die,” released in the U.K. in September 2011, won the best Horror Jury Prize at the Austin Fantastic Fest. George’s other film credits include “30 Days of Night,” “Triangle,” “Turistas,” “Felony,” “The Amityville Horror,” “Sugar and Spice,” “Down with Love,” “Dark City,” “The Limey,” “Mulholland Drive,” “The Music Within” and “Waz.”

On the TV side in addition to “In Treatment,” George has appeared in “Friends,” “Alias” and “Grey’s Anatomy” and starred opposite John Stamos in “Thieves.”

Growing up, George trained as a champion roller-skater and won the titles of national champion of Australia and a second-place finish in the Junior Worlds. She is also an inventor of several patents, including Hemming My Way style snaps that are sold around the globe.