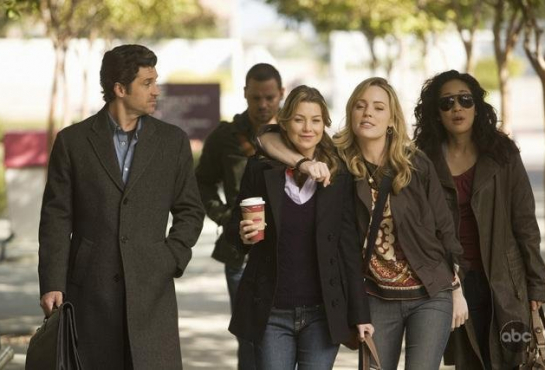 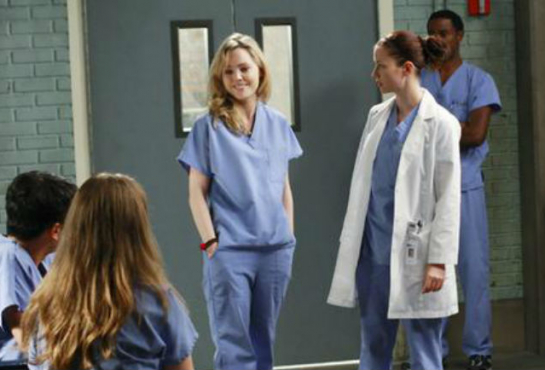 Grey’s Anatomy is a TV drama centered on the personal and professional lives of five surgical interns and their supervisors.

Melissa took an extended guest role in the shows 2008/09 season, starring in the following episodes:

These Ties That Bind (Nov 13th, 2008)
Izzie wrestles with her ghost, Torres uses a ground-breaking procedure to get her mind off of Hahn, and the interns continue teaching themselves spurred on by a new cohort.

In the Midnight Hour (Nov 20th, 2008)
Sadie manipulates the interns into performing a procedure that goes horribly wrong, Izzie’s ghost refuses to leave, and Mark bonds with a girl who’s taken responsibility for her sleep-walking father.

All by Myself (Dec 4th, 2008)
The residents make their cases for the solo surgery, Sadie chafes at her restrictions, and Sloan battles his desires.

Wish You Were Here (Jan 8th, 2009)
Derek has trouble with objectivity concerning his death row patient, Cristina and Meredith continue their feud, Izzie confides her problem to Alex, and the Chief faces what’s become of his life’s work.

Sympathy for the Devil (Jan 15th, 2009)
Derek’s mother visits, the death row patient starts angling for death in the hospital, Izzie craves more in her relationships, and Jackson’s need for organs becomes critical.

Beat Your Heart Out (Feb 5th, 2009)
Cristina carries on an intense flirtation with Owen, Derek gets advice from everyone on how to propose, Izzie gets some tests done, and Bailey’s promotion may stand in the way of a new career possibility.

Before and After (Feb 12th, 2009)
Owen runs into someone very special from his past. Izzie employs her fellow doctors in a medical game made to help teach the interns. Naomi, Sam and Addison rush Archer to Seattle Grace and meet with Derek and Mark to save his life.