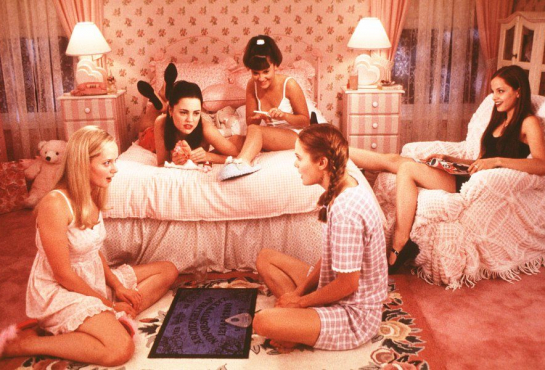 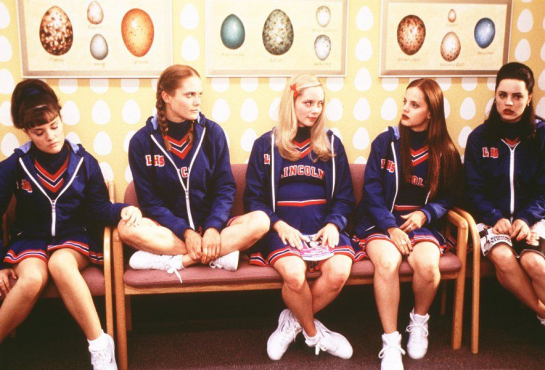 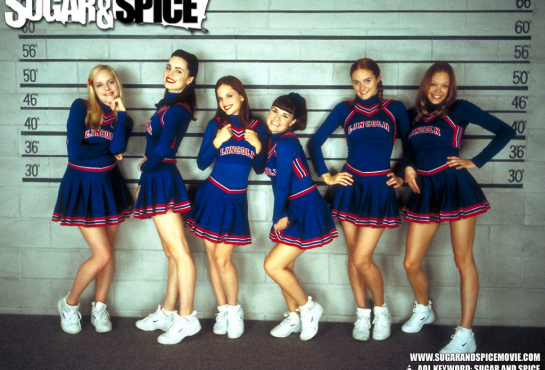 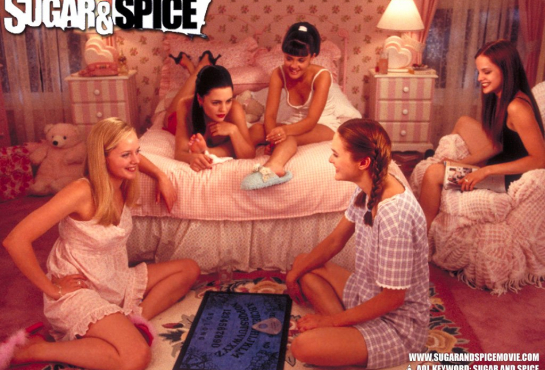 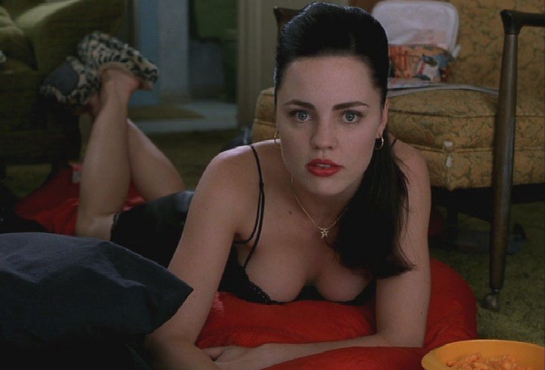 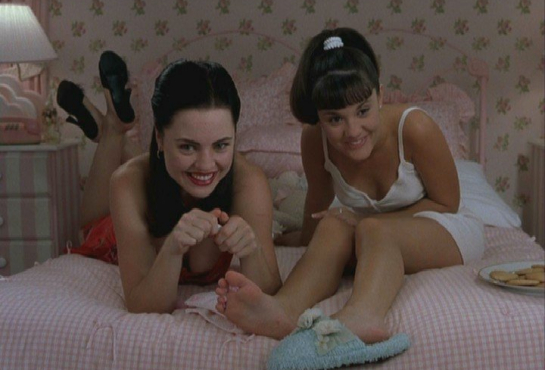 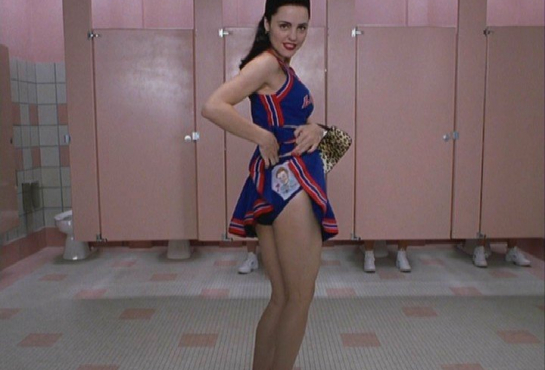 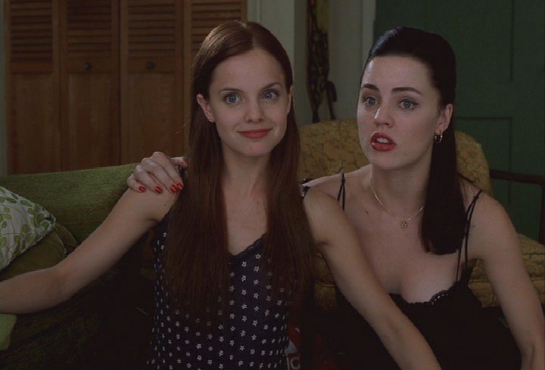 Sugar & Spice is a broad satire of American high-school hierarchy set to a sparkling pop soundtrack and featuring many, many shots of cute cheerleaders in tight sweaters and short skirts. “Their cheer blew like a bulimic after Christmas dinner”, sneers Lisa (Marla Sokoloff), a bitter B-squad cheerleader who has it in for the A-squad. She’s come to the police to solve the mystery of a local bank robbery–a story that begins when head cheerleader Diane (Marley Shelton) and star quarterback Jack (James Marsden) fell in love.

Before you know it, Diane’s knocked up–but she and Jack are delighted and decide to get married. Their parents disown them immediately, so the young couple ends up in a crappy apartment, working low-wage jobs. They’re both so unrelentingly earnest and cheerful that they won’t lose heart, but Diane soon realises that their incomes won’t support their impending twins. Then, one night as she and her squad (including Mena Suvari) are watching Point Break, they get the idea to rob a bank.